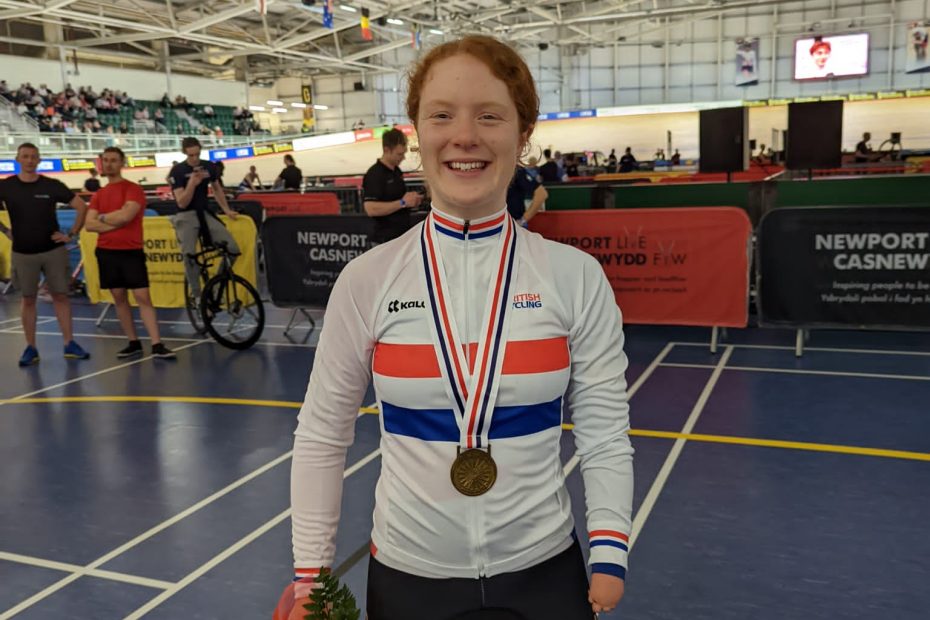 Storey Racing riders were back in action on a national stage over the weekend with Morgan Newberry, Katie Toft and Kinga Ingram racing at the Newport Velodrome. With the event postponed from it’s original date at the end of January there had been some extra preparation time which suited Morgan Newberry well.

Racing in the WC5 3000m Individual Pursuit, Morgan secured back to back personal best times on her way to the national title, with the event delay allowing her extra time to get her pursuit bike set up upgraded.

“It was great to take the win for the individual pursuit at the weekend. My goal had been to test the set-up, especially out of the start gate and aim for a personal best, so I am delighted to have achieved that. Between my first and second ride I worked on holding my line and the aero position and it paid off, I am really happy with how it went and really enjoyed the experience of being back racing on the track!”

Katie Toft was in action in both the WC1-3 3000m Individual Pursuit and 500m Time Trial and visited the podium on both occasions upgrading her bronze from the pursuit to a silver in the TT. Racing in a combined category for these events is never easy, especially in the pursuit where no factor can be applied. The event also marked the first track nationals for para-cycling since December 2019, a break that will hopefully never have to happen again.

Reflecting on the weekend, Katie said, “To win two medals after such a long break from track racing was brilliant. I’m slightly disappointed I couldn’t get closer to my personal best times but there’s lots of changes to now work on which will enable me to keep progressing as we approach the next track season later this year.”

Kinga Ingram was in attacking form during the finals of the Scratch and Points Race her first experience of senior racing having graduated from the junior ranks last year.

With thanks to Gary Main for the photographs.